Look at your watch….. check the time…..   It’s taken 4.5 BILLION years to get where you are right now. What have you learned, what have you taught?

Her name is KHADIJA.  What a remarkable woman in spite of “THE SINS OF HER FATHER”. 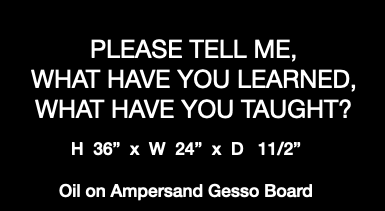 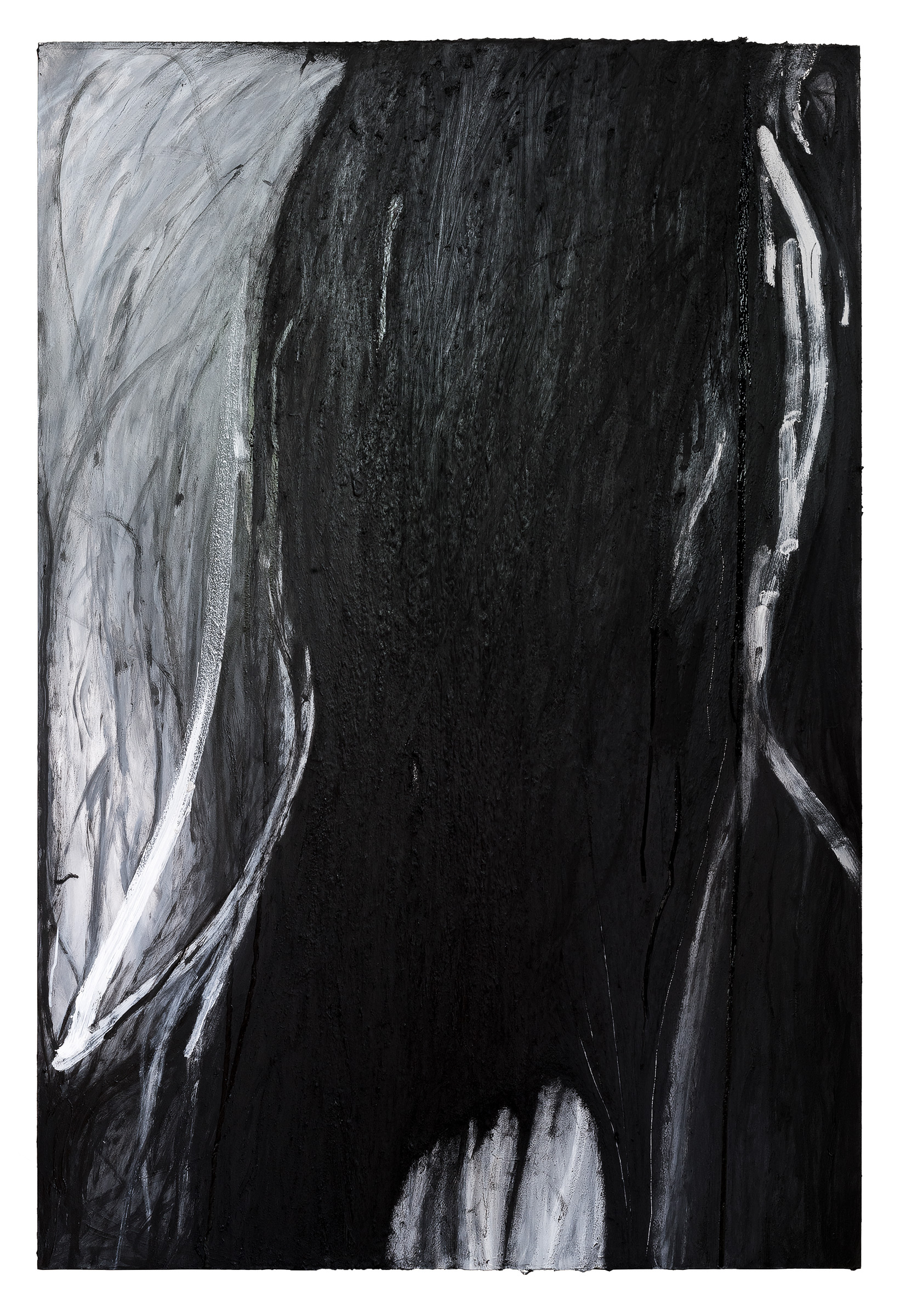 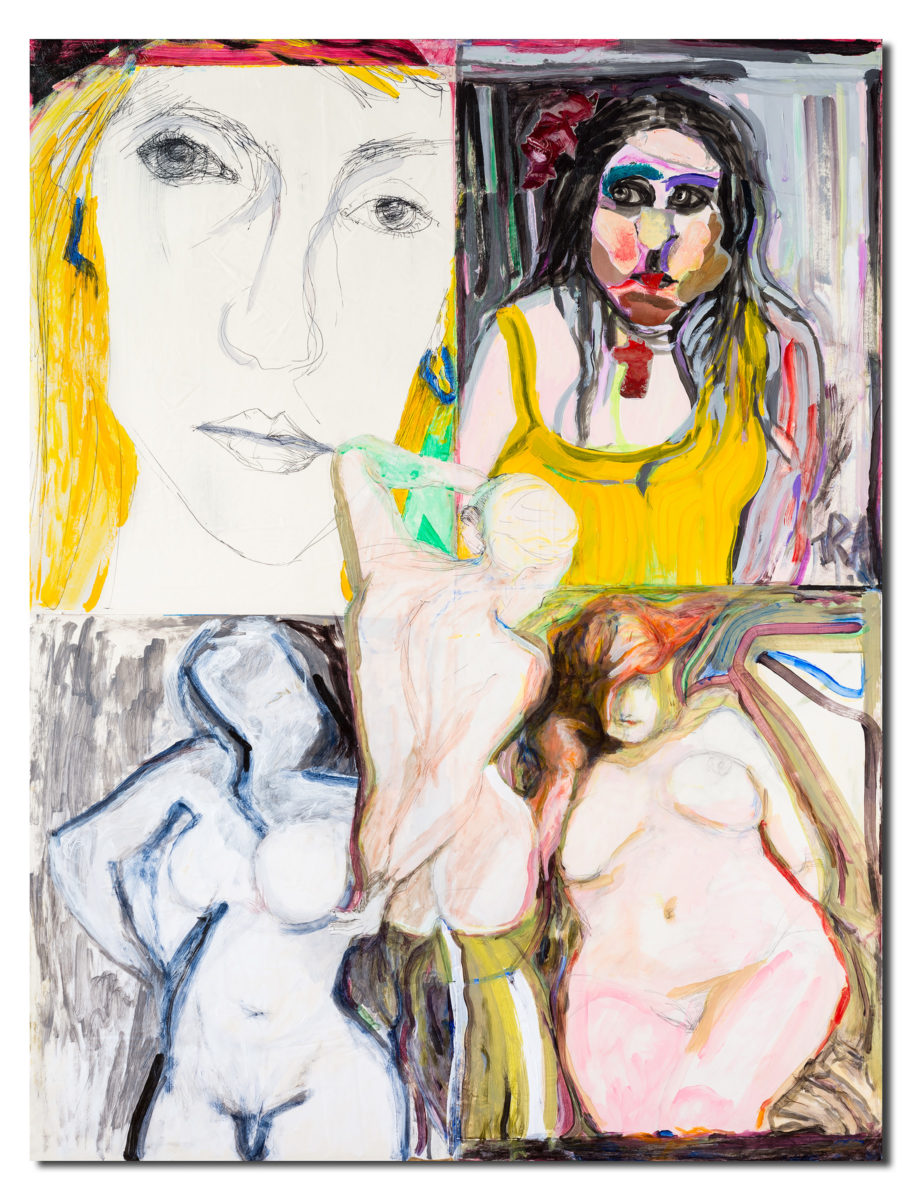 Let’s take these five woman. Connected at the hip, all 5 were BEST friends since first grade. After so many years, they confided that they know everything about each other.

Metaphorically, their representation is shown in the graphics, very different from the physical..

One a snowflake, another tormented by a secret, one very stoic, one self confident, and one who wishes it were all so. When asked directly….. each answered the same... 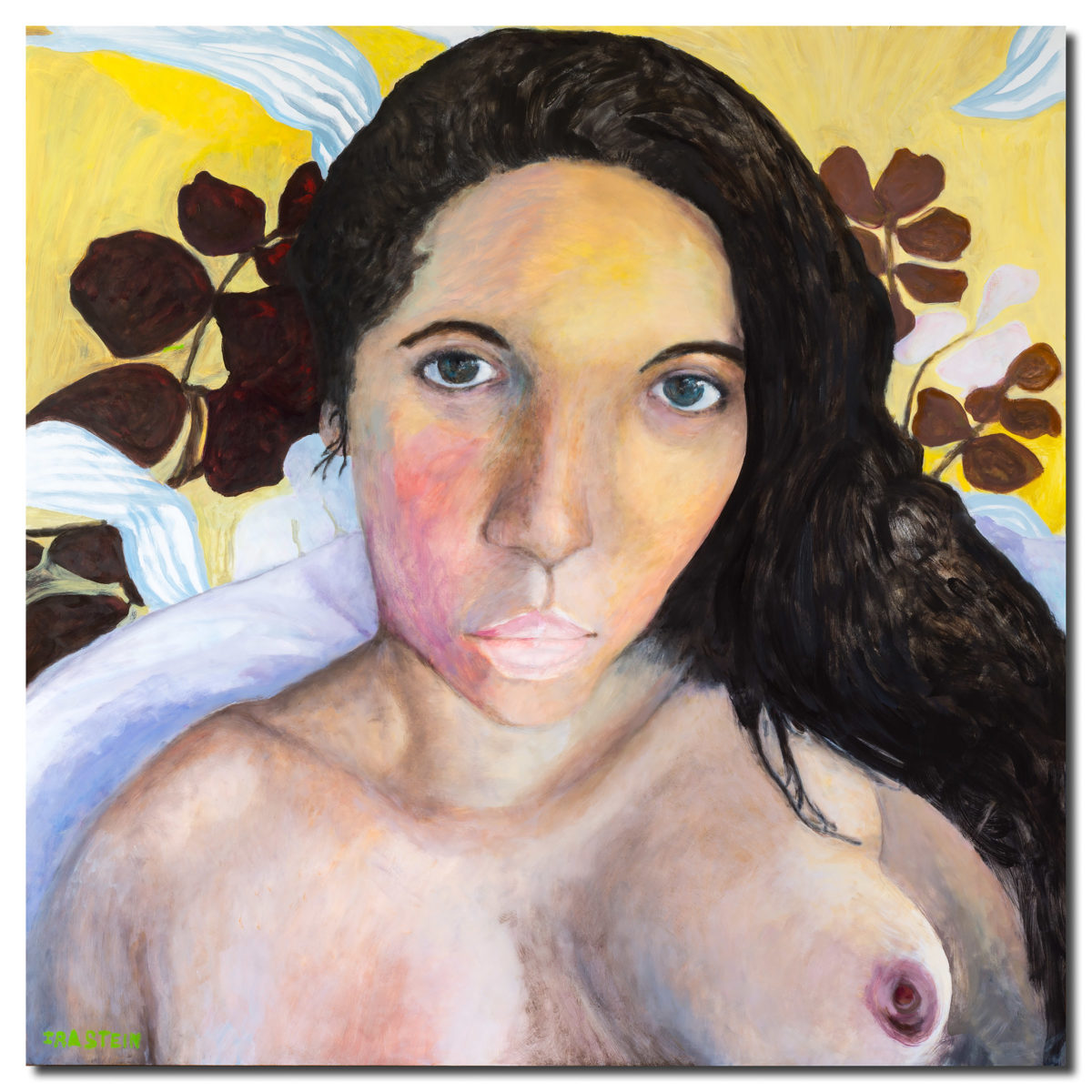 I named her Kona. We spent our time on the island of Hawaii. I chose not to ask her my usual series of questioning, as I was more interested in watching her adapt to the occasion. I was celebrating my birthday and several of my friends attended.

Alone with me, she was a delightful and confident woman. However, as soon as we arrived at the party, she seemed to wilt away into herself. Initially she tried to talk with the other guests, but clearly didn’t feel accepted. No one spoke to her.

The following morning, we started drinking Tequila, talking, and taking pictures. I took hundreds of pictures. The morning turned to afternoon and we finished around 4:30pm... exhausted! It was extraordinary, for both of us.

I came away feeling that my painting of Kona should be about her moments, cast into this Hawaiian atmosphere, and how hard she tried, while distorting herself and wanting to be something she is not. 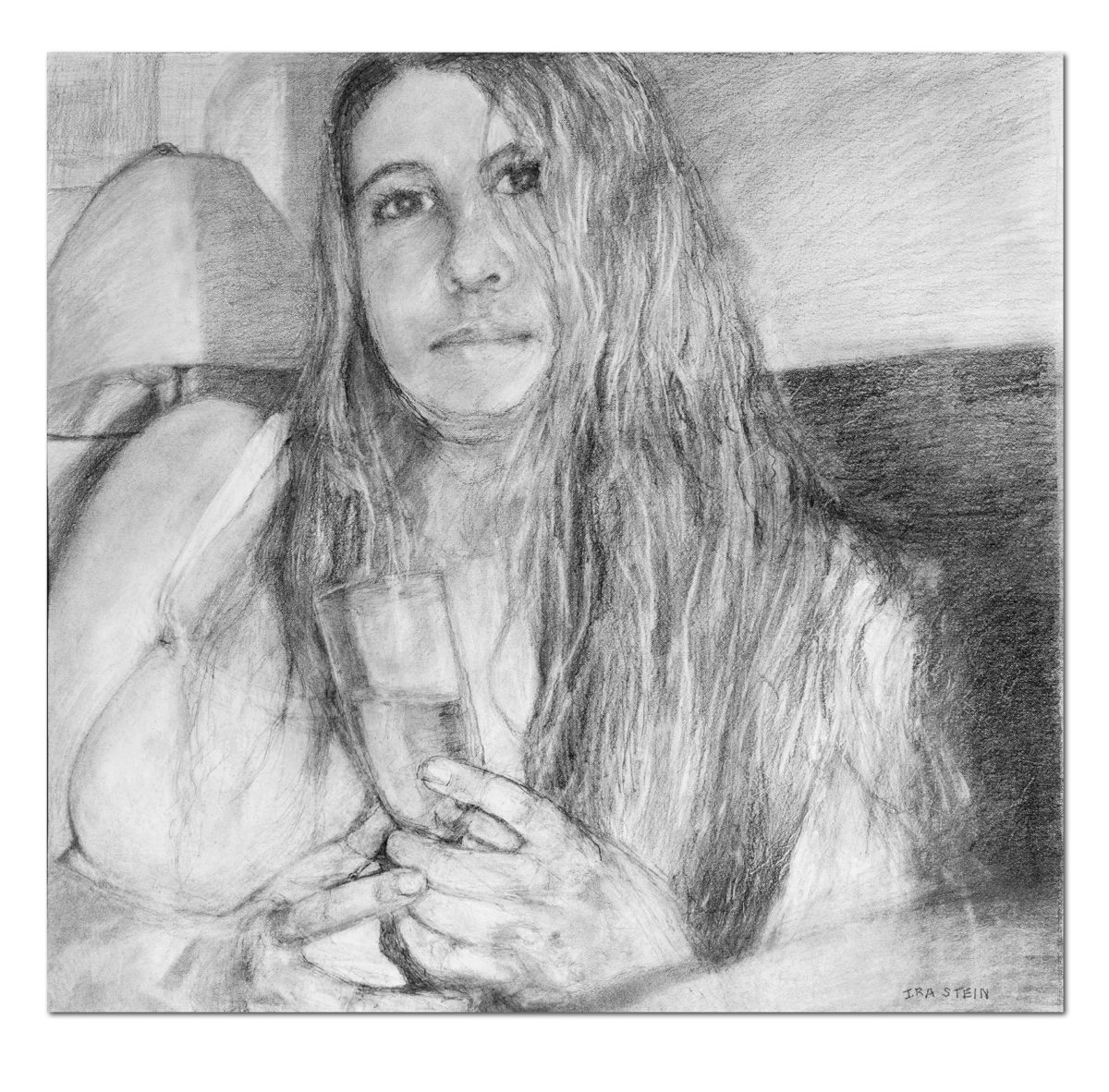 You're looking at a truly beautiful 19 year old by the name of “Colette.” As with all my models, our meeting was totally serendipitous, having multiple meetings over several months as her story began to blossom. As I continued to work, I saw the physiology of her hands change in my drawing. It was as if I concluded that she allowed her hands to deliver the alcohol from her glass to her throat without the power to stop it.

Colette inherited an ALCOHOLIC GENE from her father whom she never knew. This information was given to her by her mother.

Colette's drinking started very early in her life, and although it presented no shortage of problems, she's been able to manage a full time job, a boyfriend, and all while caring for her mother.

However, she continues to drink.

No one is more aware of the damage it’s causing than she.

I know what you’re about to say… “Oh, she could stop if she really wanted to.” Could she? 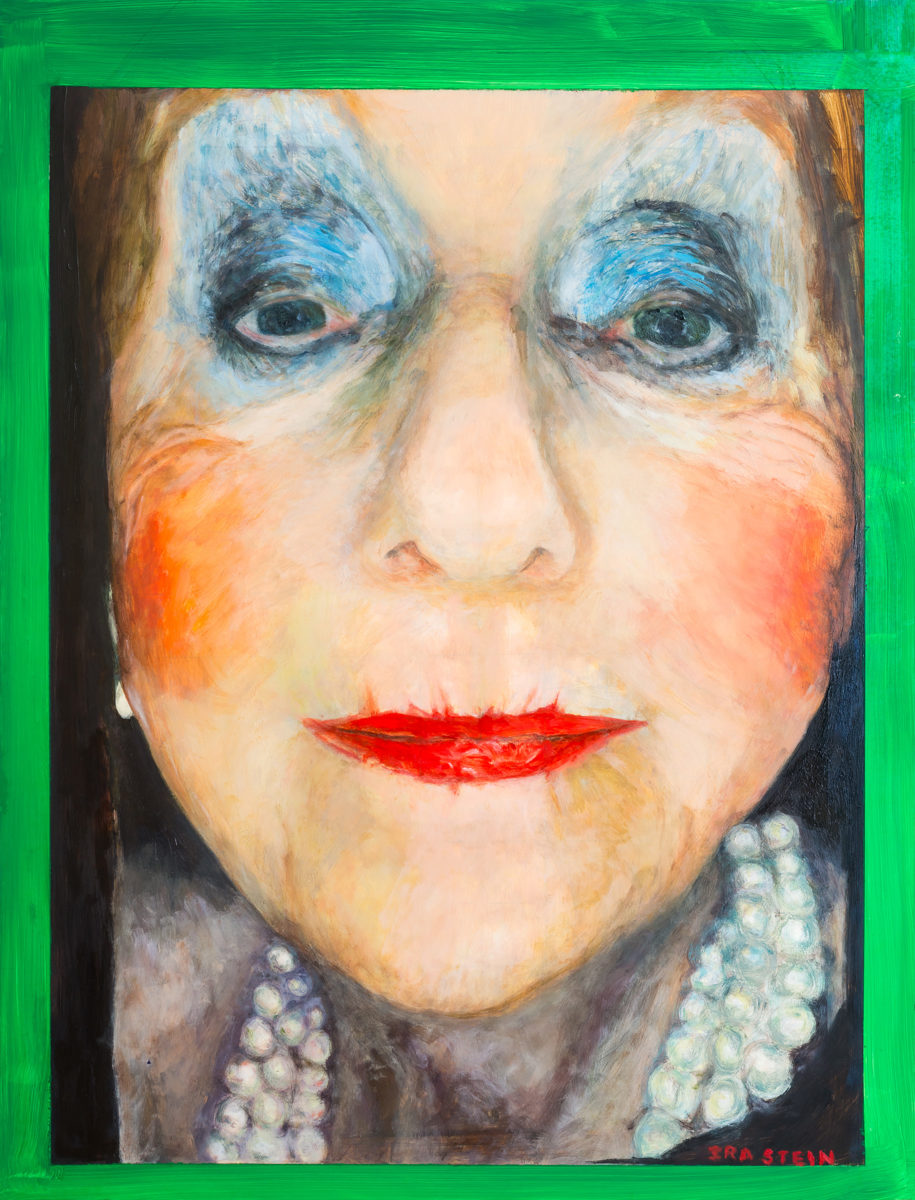 I believe she sees herself clearly as a strong vibrant and still beautiful woman. A lover of life without regrets and, who intends on living everyday, fully until the end. 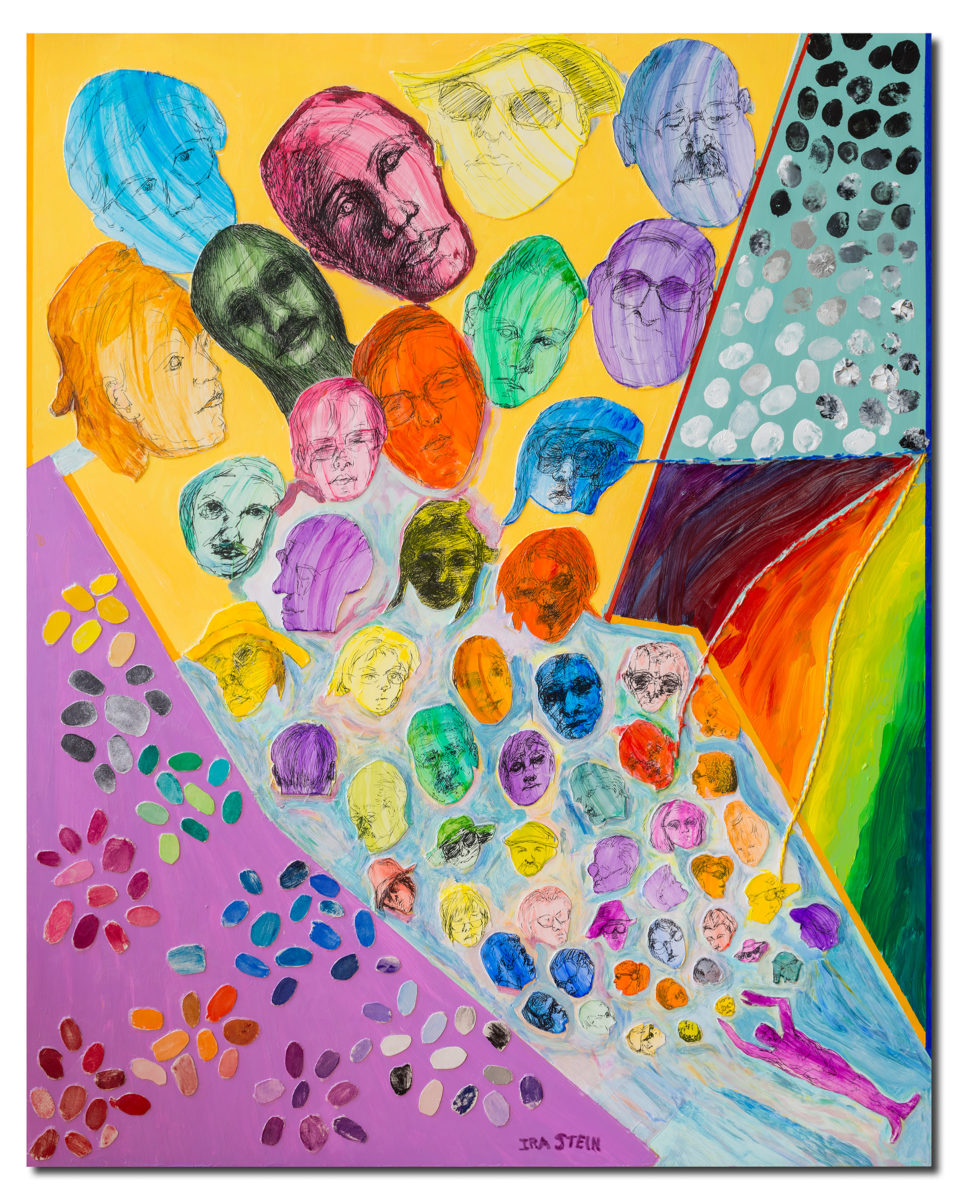 Because none are alike, “Finger Prints” have always been a dominant and descriptive metaphor for all my work. Their total uniqueness says to me, “if no two finger prints are alike, why would one assume anything else would be alike?”

Over a four year period I collected these prints from the most interesting and
diverse woman I could meet.

The criteria, use your right index finger and your favorite color. The intent is to show (as an example), if you are in the yellow family, none of you are alike, yet you are all yellow. All the finger prints are original and are from the actual individual.

The portraits were sketched in pen and ink directly from life. No poses. They have been collected from all over the world. 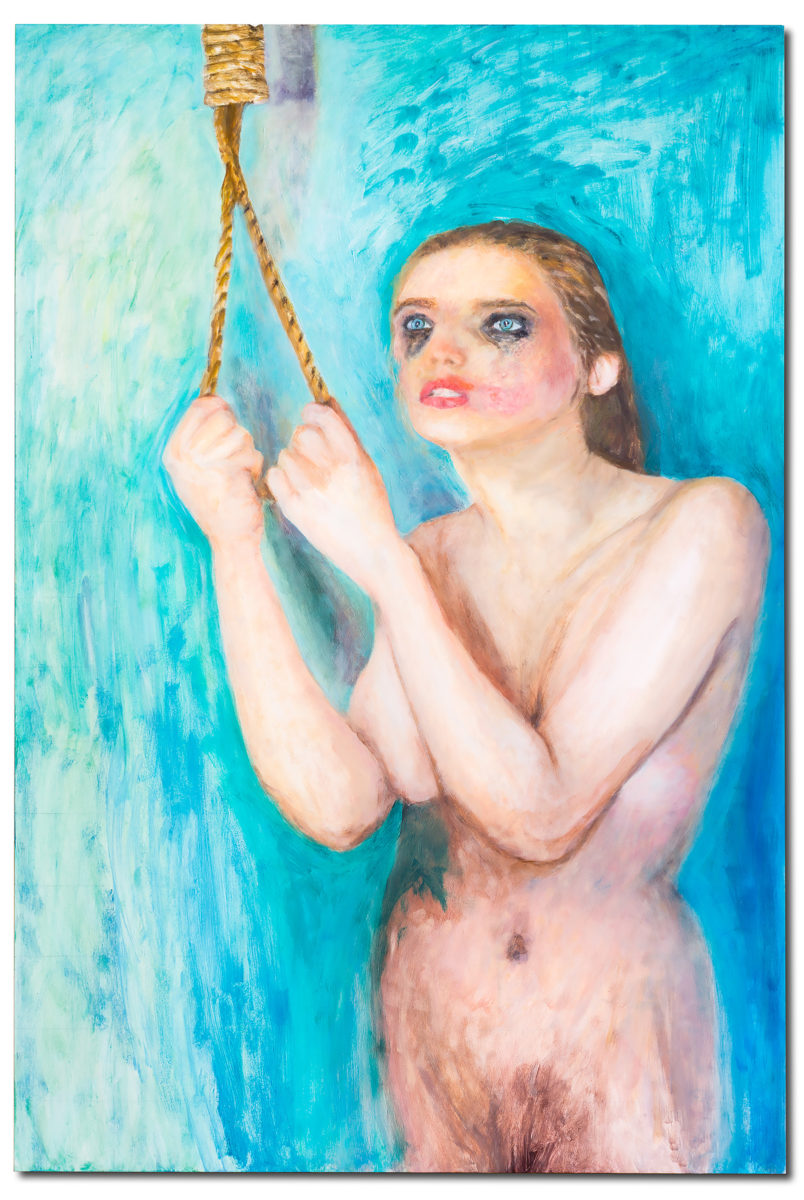 As an artist who’s work has to do with “The Difficulties Of Being A Woman,” through art, I’ve spent the last 25 years on this subject looking at the genetic connection.

Over the years, I have interviewed hundreds of women, either as models or informational subjects. How many of these women admit to be physically abused? Can you guess…..?   Over 25%. One in four.

I believe, some form of mental illness is the No. 1 threat to us all. I also believe there is a very strong genetic connection. Perhaps this piece can start a REAL dialogue as to “WHY”. 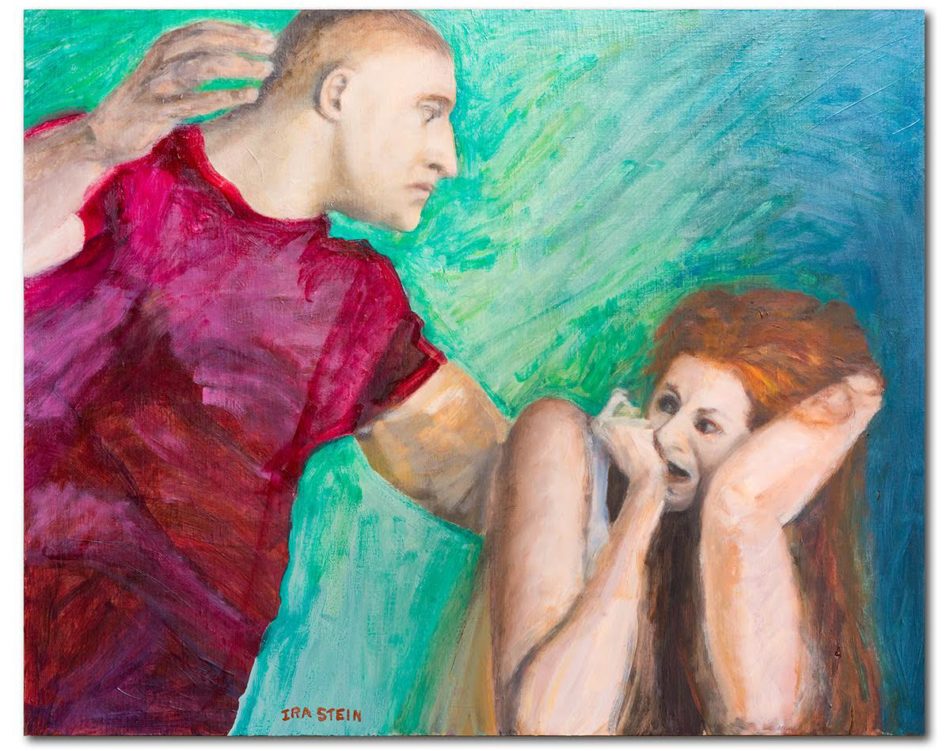 Listen, I can't do pretty art. If the world needs more seascapes, landscapes, and still life - I'm out! My work concerns big issues that are difficult to talk about – sexual and physical abuse, social responsibility and the dumbing down of society. 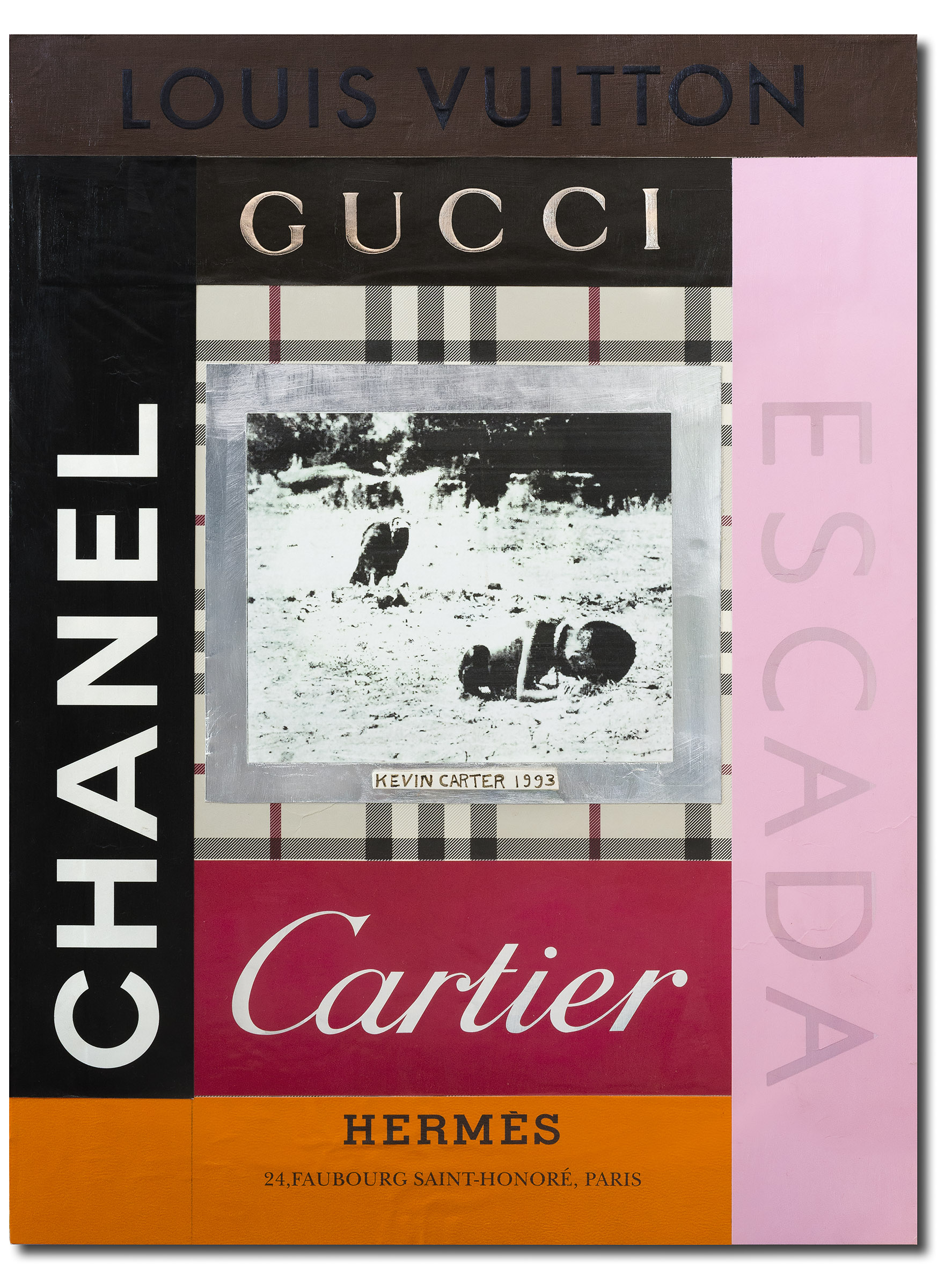 Photojournalist Kevin Carter received the Pulitzer Prize for this photograph of a famine-stricken Sudanese girl. Carter committed suicide three months after it was published. Known as the “Vulture Photo” – it vividly shows a baby girl struggling to survive while a vulture patiently waits for the inevitable.

It has been said that Carter took the picture without attempting to save the child. However, Carter stated that he waited about 20 minutes, hoping the vulture would spread its wings. It did not, and after he took his photographs, he chased the bird away and watched as the little girl resumed her struggle.

I chose to surround this infamous photo with status symbols of excess and luxury. To me, this juxtaposition serves to question what people choose to prioritize in life. 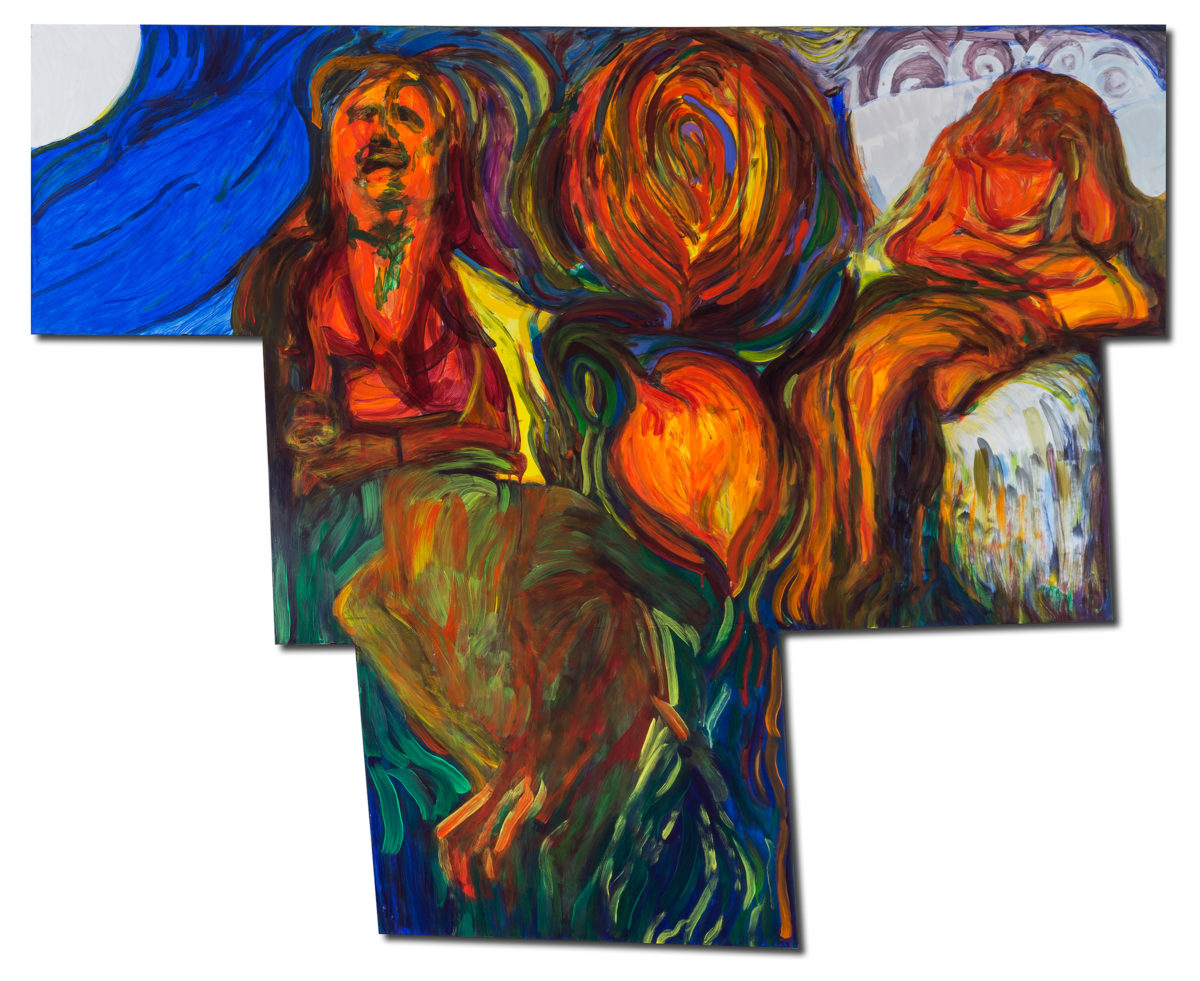 This primal portrait represents the sexual angst of the biblical Eve. Originally, the inspiration was from my friend who desperately yearns for sexual liberation, but is chained to a lackluster marriage. She modeled for me with the caveat that her identity would be disguised. Using a neo-expressionist attitude, and playing off Munch’s Scream, I morphed her identity with Eve’s to protect her from her husband, but also to express the ultimate symbol of human consciousness.

This "Eve" is breaking a biblical commandment – adultery. To me, she represents the bullshit of attributing cause to environmental factors. That is such a cop-out. It is her genetics that dictate all the shit she does – not the moon or a serpent.

Can you think of something you do that is not a cause of your genetics?

This Eve says she is just like her mother who at her age had an insatiable desire for sex. And just like her mother, she could not resist the powerful urge for sex when she was menstruating and a full moon was present. There was no way out for her. She had to cheat on her husband, who she loves very much, but who cannot satisfy her. The power of her biology (her genetics) fuel her behaviors.

In this work, I show her agonizing over her marital fidelity/conventions. I see her wrestling for a justification of her actions.  She cannot resist taking the “forbidden fruit” which causes her both pain and pleasure.

Similarly, the rough, abstract sensuality of the paint applied here stems from my resistance to artistic conventions/commandments. I’m fusing symbolism, gestural painting and ideology to impart knowledge to the world. Creating Art about Genetic Essentialism or Genetic Determinism causes me both pleasure and pain as well. It is my genetics that propels me to expose a raw vision of humanity through art. I just can’t help myself.

You see, Eve’s story reinforces my belief in the primacy of genetics have in determining the life we lead. I don’t believe her behavior was learned. She didn’t watch her mother and decide she wants to do the same things. She inherited these traits.

It took me 18 months to complete the work. When I showed it to Eve, she saw herself in every paint-stroke – struggling to come to grips with the genesis her sexuality. 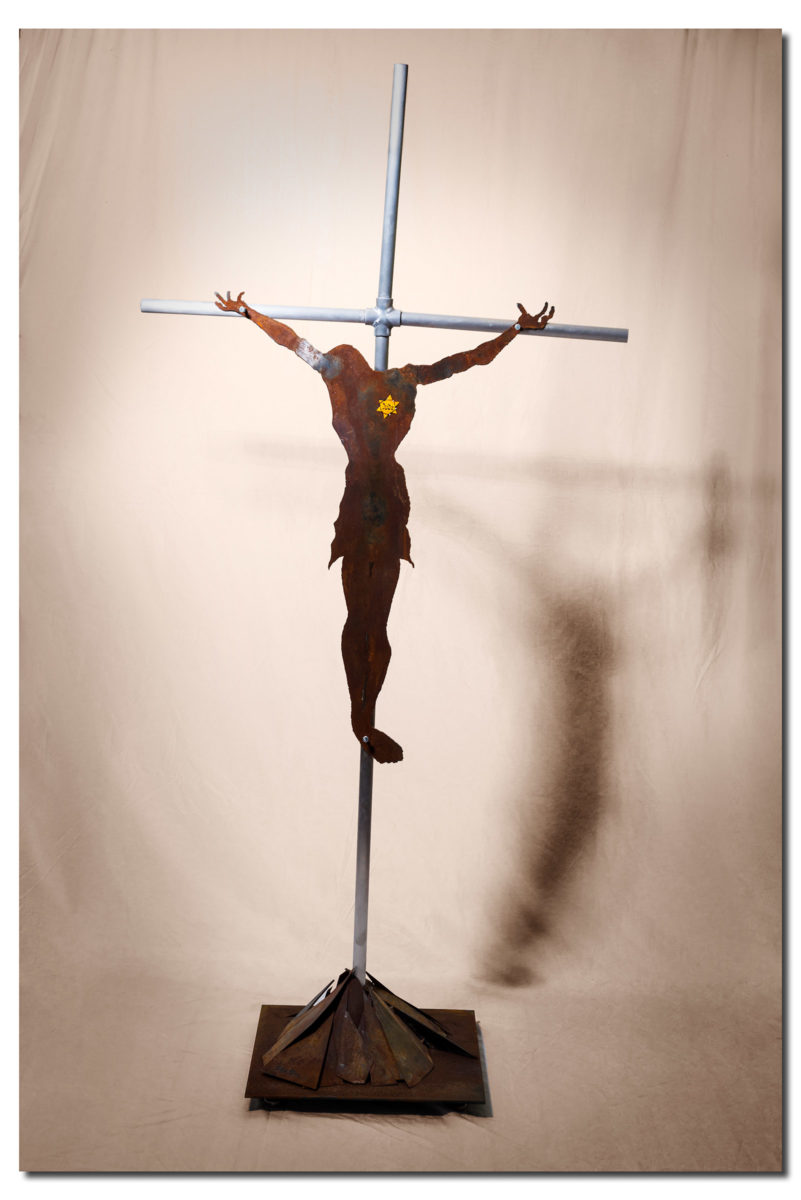 I chose to represent Jesus the way I see him. Jewsus, as I refer to him, was Jewish. He was a rabbi. He died horribly like so many Jews in history. To express the agelessness of religious persecution, the materials used represent the contemporary plight against the patina of ancient wounds. The aluminum cross with metal bolts are crucifying a man because of his beliefs. The yellow star is my way of updating the portrait of a man who died because he was a Jew. 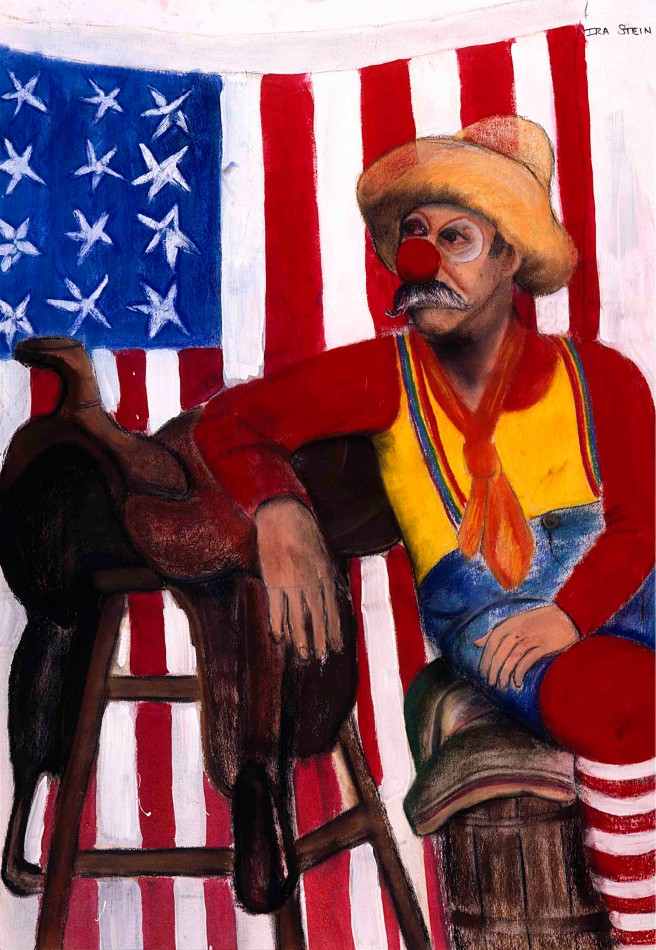 For a group drawing session we advertised for a male model. We chose this model because we felt he had a fascinating look about him.  A combination of sorrow, despair and disdain. I thought perhaps he was ill but felt it was none of my business. Although he seemed sociable enough it was also clear he wasn’t there to talk.

After 3 hours of drawing this man I found myself wanting to know more about him and took the risk of engaging him in conversation. To my delight he agreed and we spent another hour talking. When I asked him what he did for a living, he said “I’m a clown.” I was in disbelief. He told me he got into it several years ago because it was the only thing he was good at doing. “How interesting,” I said, “but why a clown?” He said, “because... I’m a fuckin' drunk.” 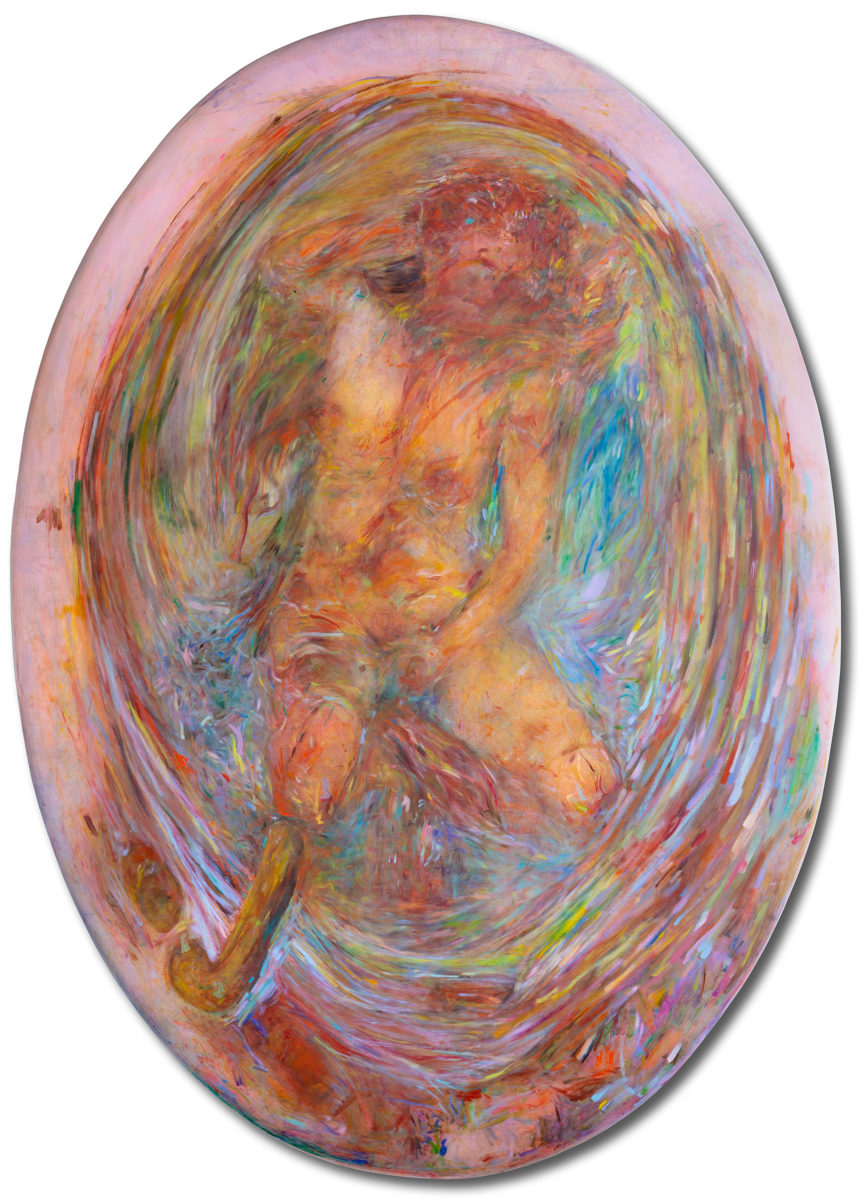 These “street-art signatures” are from my experience photographing the Eastern Bloc after the fall of the Berlin Wall and the collapse of the Soviet Union. In these markings, I see the evidence of individuals explosively expressing themselves in a confusing New World Order. I felt the need to capture this moment of unbridled expressionism by monumentalizing this graffiti in a permanent work of art.

I assembled my photographs like an eastern tapestry, using vibrant colors and universal symbols found in the images to form patterns. These patterns are meandering pathways for the viewer to discover what I see as authentic sentiments of a post-communist generation. To me, perhaps the most ludicrous insight is the photograph of a contemporary swastika scrawled on a crematorium wall in Auschwitz. This sociopathic statement juxtaposed with the light-hearted marquee-like scrawl found on the streets in Warsaw - “I’m A Hit – Alex”  seems to reductively illustrate the continuing struggle of ideologies. 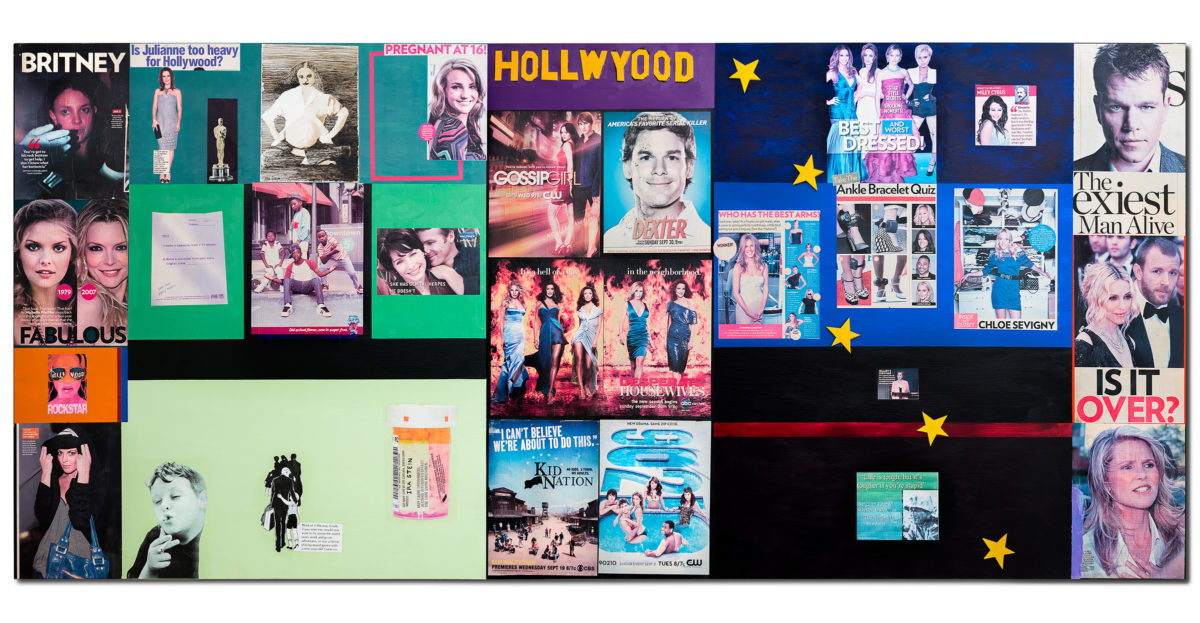 The work is about how most Americans spend all their time looking at this shit and how publicity is triumphant in providing the pretext for success. We are all members of the society of the spectacle, which is correlate with capitalist society.

Through these dated magazine clippings that I sourced from local Vietnamese-American nail salons, the commodification of celebrity culture is brought into focus. Now as you look at the work, focus on the faded stars and their tabloid lives and observe what television series were worshiped- think about what our society values.

In this work, I am providing a momentary glimpse into the effects of the retooling conservative societal norms.  The Dumbing of America is intended to serve as a testament to contemporary American values. Here it is - displayed for you to investigate- a culture where guilty pleasure reigns supreme and dictates..